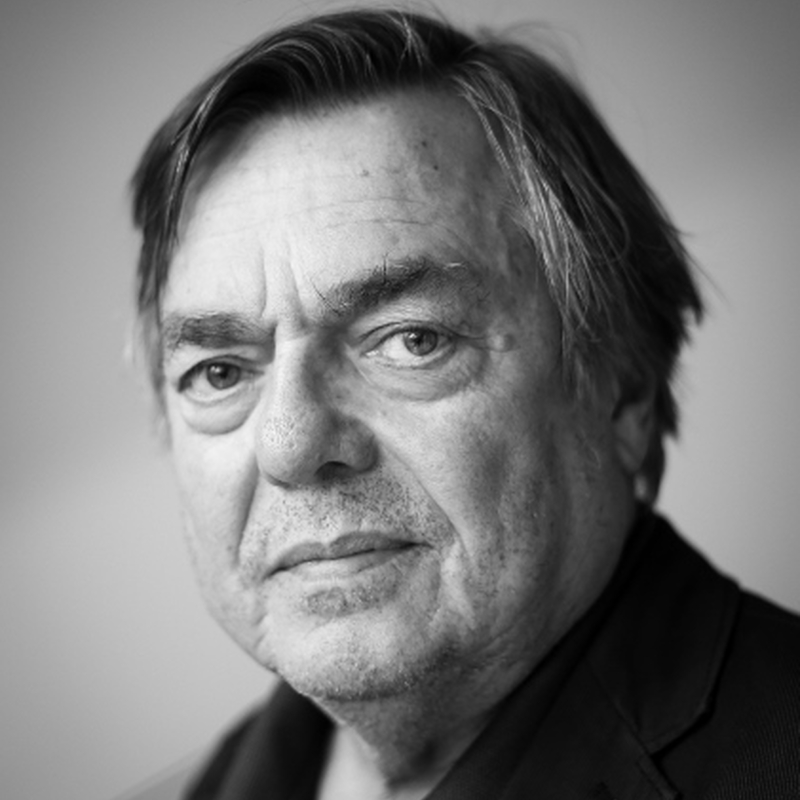 Drago Jančar’s status is inversely proportional to the size of his homeland: a small country in the Balkans for a big name in literature. The compelling war novel In ljubezen tudi (And Love Itself – English translation forthcoming) is his eleventh. In it, the award-winning master storyteller juxtaposes violence, the lust for power and decay of human dignity with love and the willpower and courage to stand up for it.

About In ljubezen tudi (And Love Itself – English translation forthcoming)

Maribor, 1941. The picturesque Slovenian town has fallen into German hands. Sonja comes across an old acquaintance: Ludek, now better known as Ludwig and an SS officer. At her request he takes over the case of a betrayed partisan, that of Sonja’s lover Valentine. Ludwig releases the man, but Valentine’s freedom comes at a cost: Sonja has to provide a sexual service and on top of that is later transported to the Ravensbrück concentration camp. Will the lovers see each other again? If so, how will they and their relationship survive the war?

A star of Slovenian literature

With dozens of novels, essays and plays under his belt, work translated into 21 languages, and a series of prizes to his name, Drago Jančar (b. 1948) is known far beyond the borders of his homeland. He has won the Prešeren Award (the highest Slovenian literary award), the European Prize for Literature, and recently, for the fourth time, the prestigious Kresnik Prize for best novel of the year for In ljubezen tudi (And Love Itself – English translation forthcoming). Jančar is also a journalist and a staunch advocate of freedom of expression. From 1987 to 1991 he chaired the Slovenian PEN Centre. As such, he played an important role in the political upheaval in Slovenia.

Drago Jančar will be interviewed by Karen Billiet, critic at De Standaard der Letteren and editor at Klara.

About the previous novel, I Saw Her That Night:

‘What begins as a simple whodunit eventually becomes a successful portrait of Yugoslavia’s complex society before, during and just after the Second World War. By letting people from different ethnic groups and social classes speak, Jaňcar brings out the fault lines in that society: from urban scenes reminiscent of The Great Gatsby to the tough, slivovitz-drenched existence in the countryside.’