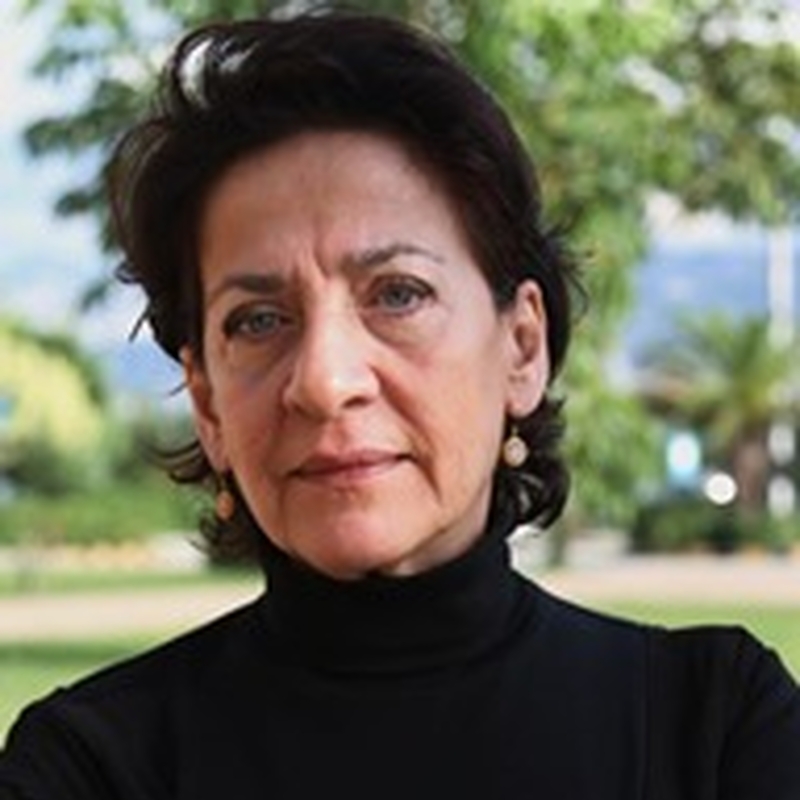 Hoda Barakat (b. 1952) is a Lebanese writer of novels, short stories and plays. She is renowned as one of the most original voices in contemporary Arabic literature. Barakat studied French literature in Beirut and has worked as a teacher, translator and journalist. She has lived in Paris since 1989, where, among other things, she works for an Arabic radio station.

Hoda Barakat debuted in 1985 with the collection of short stories Al-Tha'irat (Women visitors). Her novel Hajar al-Dahik (The Stone of Laughter) from 1990 is the first Arabic-language novel with a gay man as protagonist. In 2004 she published the novel Sayidi wa habibi (My master and my love), a lyrical exploration of the question as to who or what determines our path through life.

The Lebanese Civil War is of central importance in Barakat's work. She sketches a picture of life on the fringes of society against a background of major historical events, and usually from the perspective of male protagonists.

Barakat's most recent work is the novel Malakūt hādhihi al-arḍ (2012), a tragic family story spread over three generations. Hoda Barakat has won several international awards, including the Naguib Mahfouz Medal for Literature. In 2015 she made the shortlist of the Man Booker International Prize. Her work has been translated into Dutch, English, French and Spanish, among others.

At the invitation of Passa Porta and Moussem Barakat spent eight weeks in Brussels. During her residence she took part in the Moussem Cities Beirut project and met Arabic-Dutch translators on the occasion of a Found in Translation in Passa Porta session.