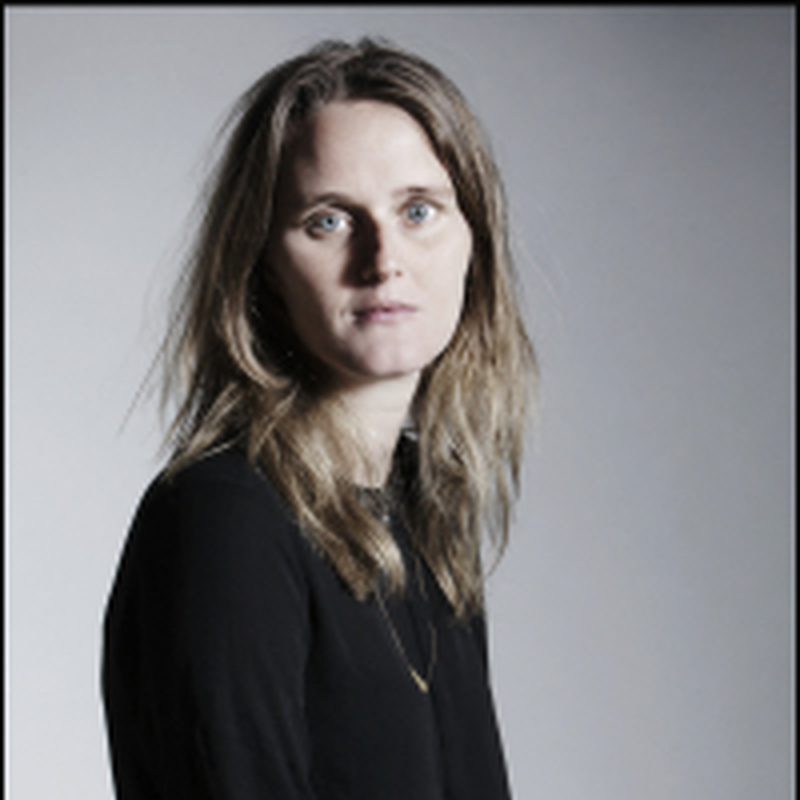 Maartje Wortel (b. 1982) is a Dutch writer of novels, short stories and columns. She studied in the Beeld & Taal (Image & Language) department of the Gerrit Rietveld Academie in Amsterdam, where she lives. Her texts have appeared in, among others, NRC Next, De Brakke Grond and De Gids.

Wortel debuted in 2009 with the short-story collection Dit is jouw huis, for which she won the Anton Wachterprijs for best debut. In her novels Half mens (2011) and IJstijd (2014), Wortel writes about the tension between reality and fiction, about the question as to what is genuine and what is not.

In 2015 Maartje Wortel released her short-story collection Er moet iets gebeuren, an autobiographical tale about imagination and longing. Her latest work is the short story Goudvissen en beton (2016), which was illustrated by the graphic designer Janine Hendriks.

Maartje Wortel has won acclaim for her wry, lucid and original narrative voice, which manages to say a lot with a few words. Her work has been nominated for, among others, the ECI Literatuurprijs and the Libris Literatuurprijs. Several of her stories have been translated into German, French, English and Italian.

In the spring of 2017, Maartje Wortel will spend two months at Passa Porta as writer-in-residence. Her residence takes place in the context of a collaboration with the RITCS School of Arts and Kunstenplatform. During her stay in Brussels she will give classes in the Writing and Direction department of RITCS and will take part in the sixth edition of the Passa Porta Festival.

Press reviews: - ‘Slightly absurd, but also comic, and sometimes caustic and unashamedly cruel: Wortel's storytelling has Arnon Grunberg-like qualities.' - de Volkskrant on Dit is jouw huis - ‘Maartje Wortel reveals her characters in all their vulnerability and movingness, and exposes the suffering of humanity. She allows humour into her prose, keeps the tone light and once in a while she surprises us with a magnificent image or an acute reflection. And there is always hope.' - De Morgen on Er moet iets gebeuren