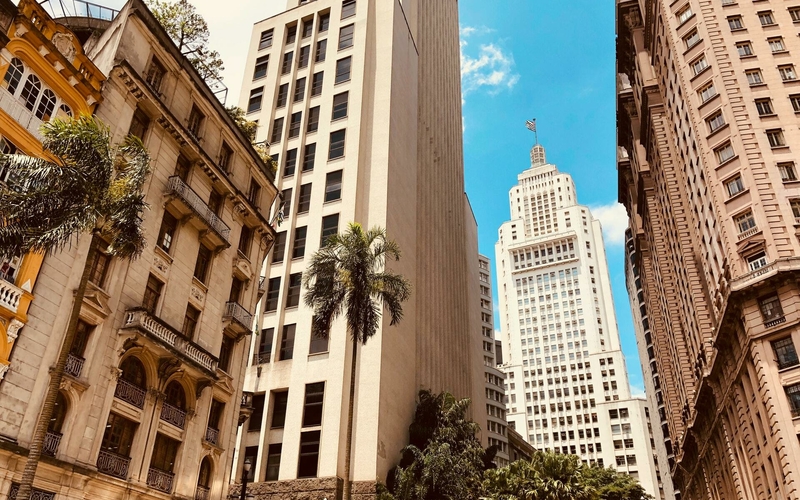 ‘Social distancing’ is what Corona experts advise, but ‘social nearness’ is what we aim for with our literary events. Passa Porta wants to keep connecting authors with their readers. Over the coming weeks, we will therefore be asking writers, from home and beyond, for a personal “Public Message”.

Now that the coronavirus is striking particularly hard in Latin America, we asked the Brazilian author Michel Laub (1973) for a response. During his residency in Passa Porta in the autumn of 2018 he spoke to Annelies Beck about his latest novel O Tribunal da Quinta-Feira (The Thursday Tribunal), about the then newly elected president Jair Bolsonaro and the situation in his country.

From 1989 to 1997, Salman Rushdie lived in hiding across various places because one of his novels, The Satanic Verses, generated a death sentence for blasphemy against Islam. In his memoirs of that period, he uses an image of the Argentinian pampas, which he partly borrows from a text by Borges, to reflect on his experience in confinement:

“This plain (…) does not leave an impression of vastness on one regarding it from the ground, or on horseback, since its horizon is that of the eye and does not exceed three miles. In other words, the vastness is not in (…) what photography can register, but in the imagination of the traveller, in his memory of the days on the march and in his prevision of many to follow.”

Could this excerpt teach us something about what we are going through in 2020? In so far as we can forget for a moment the sanitary and social tragedy we are witnessing, maybe so. “The film Groundhog Day had not yet been released”, writes Rushdie, regarding himself in the third person. “When he saw it, he identified strongly with its protagonist, Bill Murray. The illusion of change was undone by the discovery that nothing had changed. Hope was erased by disappointment, good news by bad. The cycles of his life repeated themselves over and over. Had he known that another six years of sequestration still stretched out in front of him, far beyond the horizon, then indeed dementia might have set in.”

Attend to the immediate — that is the most precious lesson we can hold on to for now. Look only as far as “the rim of the earth”, as Rushdie says, and “let infinity take care of itself”. Attachment to the little things in life that we can still control is a pervasive element in reports on wars, state oppression, epidemics. That is what could unite the experience of those living in countries which have used science and solidarity to manage Covid, such as New Zealand, and those which are doing the opposite of that — as is sadly the case in Brazil, where I live. It also saddens me that the difference between them lies in the kind of small thing we have been forced to attach to here.

Brazilian writer and artist Nuno Ramos summed up the problem in a recent article: “There is a feeling that has been a constant companion as I walk through the maze that is my house: rage. I am fed up with rage.”

The “naturalization of absurdity” that has taken over Brazil in the past few years, culminating in the election of an abject character who has been defending death as a political strategy for 30 years, which Covid has just demonstrated in a sinisterly literal way, finally seeped into our “innermost being”.

Yes — any escape from the Brazilian crisis will involve a lowering of our civilizational standard, damaging the physical and mental health of each and every one of us. The mere fact that this discussion stems from the existence of a president like Jair Bolsonaro is a disease in and of itself — possessed of the kind of totalitarian power that makes all the delicate things around it seem petty, vain. What to do when confronted with fifty thousand dead, the tally reached as I write this, in this day in June, owing in large part to the criminal negligence of the government? Watch movies on Netflix to pass the time? Listen to music, take care of household chores?

If rage is all we have for now, let us administer that rage. Or at least the drive of indignation.

That is what Rushdie did: he embraced fights against the Western countries that hesitated to defend him emphatically, against the dehumanizing routine imposed by his British security, against other writers who failed to take a clear stance regarding his case. What we feel in our hearts can also be a matter of public interest, of political struggle. Powerless as we may be as individuals, collectively we might halt the march of insanity that encircles us — in Rushdie’s time, today, in hiding throughout the world, in our home in São Paulo.

digging deep into the doubts

I did a residency at Passa Porta in October/November 2018, precisely when Brazil sealed its fate by electing Bolsonaro. At that time, I was writing the beginning of the novel that I have just now finished, which deals with the deep roots of the political division we witness in my country’s society. Neither the election, nor the Covid catastrophe made it into the book’s plot. But inevitably, as my writing comes to an end, through the undercurrents where literature always finds a way to express itself, it will bear a macabre hint of premonition.

One of the dilemmas writers face today is how to maintain artistic complexity when reality begs for straightforward moral stances, which sometimes verge on the obvious, because the evil we must fight is equally obvious. My response has been to face those doubts and dig deep into them. In other words, when writing about barbarism, I use the opposite of barbarism: instead of simplification, multiple meanings; instead of being literal, using irony; instead of sterile shouting, conversation and nuance. To do differently, at least in my case, would be to surrender the great weapons and wonders I see in literature. I hope the naturalization of absurdity has not yet crushed that freedom.