Home Magazine In residence: Open letter to the coronated virus

In residence: Open letter to the coronated virus 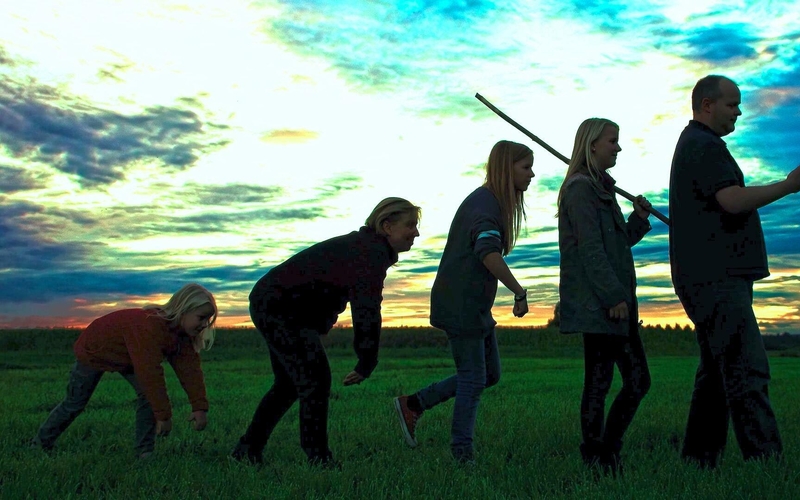 Libyan philosopher, poet and linguist Monem Mahjoub (1963) is currently staying in Brussels in the framework of Passa Porta’s membership of the International Cities of Refuge Network (ICORN), supporting writers who are at risk in their homelands. This initiative presents Brussels as an open metropolis committed to freedom of opinion and human rights. In collaboration with VUB.

During his confinement Monem decided to write an open letter to the Coronavirus, looking back at the long history of humanity’s confrontations with viruses and wondering if there might be a way to negotiate and even benefit from such contact as a species.

Two months have elapsed and you seem to have lost none of your composure. You were able to accomplish your task quickly and silently, before humans discovered you, before they began to take measures. From time immemorial, terrible events have occurred. But humans were a little slow on the uptake. When they finally started to see the facts for what they are, it was already time to take stock of the extent of the damage and to count the losses, all the while trying to discover a solution as quickly as possible.

Personally, I do not think that you will die. You will leave, or you will hide yourself so as to prepare a new wave. Humans will open their doors and windows; they will feel alive in the light of a sun that shines for the whole world. They will start to forget about you. And it is then that you will return in a new form, a form capable of adapting to all the existing vaccines. You will once again sow terror, up until the discovery of an umpteenth vaccine, and so on and so forth.

Of course, I hope that after all these experiences, humans will be capable, as you are, of adapting to the course of their lives and that their bodies will be able to generate immediate immunity against your cunning species. Be that as it may, humans and viruses are not that different from each other if we consider them as living beings that occupy the same environment and try to take control of it.

Nevertheless, the time when humans will acquire the character of spontaneous adaptation to vital environmental changes has not yet come to pass. You can carry on having fun by yourself in that respect: humans, despite all the cutting-edge technologies that surround them, remain at the deepest level of feeling and emotion primitive beings dancing around the fire.

Is there a bright side to the long history of humans and viruses?

Humankind has been threatened by numerous epidemics and natural calamities which have disrupted the stability of life on Earth, even if human beings have never been stable. Their history is a sequence of disaster stories, but just as natural disasters have been beneficial to ecosystems and to their renewal, epidemics have been good for the biosphere, and more especially for humans, who seem incapable of developing on their own. Indeed, it would be more accurate to say that they tend to adapt, over time, to the mutations they are exposed to.

Could you believe that men stood out by the hair which completely covered their bodies, larger and more elongated jaws, thick lips, huge feet and large, flat hands, and women by elongated mammary glands, an enormous backside and long nails? (In fact, long nails are still a thing these days so you may forget them.) What happened subsequently? Your ancestors, in joining forces with natural disasters, somewhat refined Humankind. It is what we nowadays call elegance and beauty. You see? You haven’t always been that dreadful.

I will not speak to you of ‘the philosophy of pandemics’ in human thought. You are not visible and we humans only speak with what we can see. Besides, you have not spoken yet. But wait a minute … To a certain extent, you are visible! However, I do not have a phase-contrast microscope. That is why I am writing you this letter, which I urge you to read.

You are alive, and so am I. We are all – viruses and humans – simple inhabitants of this planet which does not exist for the benefit of either of us. Well, that is a good point with which to continue the discussion. When you first appeared, I mistook you for globalization in its absolute form, but in fact you mixed everything up. Having overrun borders around the world, you forced people to entrench themselves in large burrows that are commonly known as “states”. They confined themselves, they isolated the continents, then the countries of each continent, then the cities in each country, then the neighbourhoods of each city, then the houses of each neighbourhood. All of a sudden, humans have returned to the nuclear family, which was, let’s not forget, on the path to extinction, and which is currently the only refuge.

But tell me: have you done this because you wanted to rekindle our primitive feelings and emotions? Or do you intend to eliminate us all because you have decided to reshape the continents and then to transform the baryonic world into an open space that suits you? But would you be able to survive without a large cell which you can only find in the human body and other living creatures (such as the animals which we eat, yes)?

What would you prefer, exactly? Can we negotiate?

Like every human being, I know that you increase good just as you increase evil, but you do not concern yourself with good and bad as I conceive them, because you are not solely a moral idea, you are an occupation. Could a coalition between humans and the virus establish a constitution which guaranteed life for both parties, humans allowing you to enter and leave their cells as you see fit? In return, humans would stay alive and benefit from your genetic qualities.

How about a protocol of neutral coexistence between the two parties? Would that not be a mutual benefit worthy of consideration?

By way of conclusion, I wish to confirm that, like my letter, the cells of my weak body are open to receive you. I wander the deserted streets of Brussels in search of you because I think that we could talk in the name of our two species, human and viral. Can humans therefore let you move into their cells, just as they have become accustomed to the thousands of viruses within your family over the course of their long history? And can they turn these cells into a playground for your games, without being either disturbed or infected by a lethal flu?

I hope that you will respond to this appeal which will save your descendants. Otherwise, I bid you farewell.

English translation by Patrick Lennon and Eriks Uskalis. With special thanks to Maïté Graisse who translated the original Arabic text.