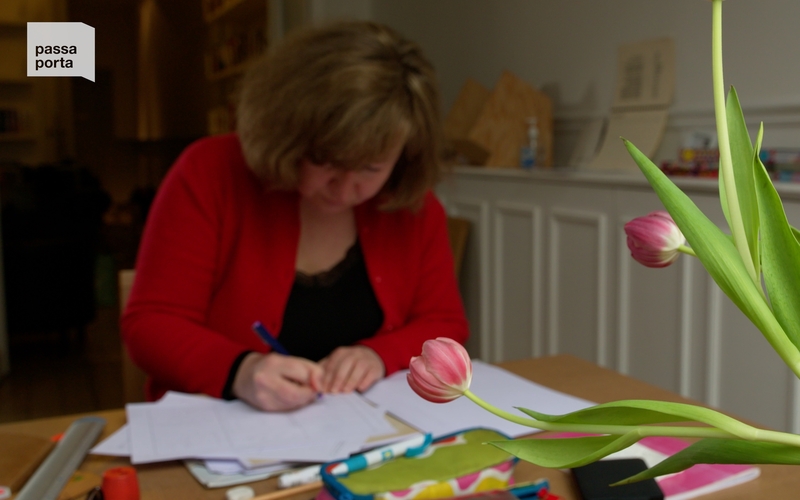 Film director Sarah Baur met Delphine in Passa Porta's writers' flat and asked her about the subjects that occupy her, her work as a comic book author and the book she is currently working on.

Delphine Panique (1981) was born in the south of France. In 2013, she published her first comic book Orlando, a very free adaptation of Virginia Woolf's novel of the same name, followed by En temps de guerre, a dubious historical chronicle of the First World War. In 2016, she published the space story Odyssée du Vice (Les Requins Marteaux). Le vol nocturne, a fantastic essay on witches, was published by Editions Cornélius in 2018. For several years, Delphine has been creating short versions of literary classics for the French comic strip magazine Topo; these were collected by publishing house Gallimard. In 2021, Editions Misma published Un beau voyage, a great maritime adventure in which nothing moves at all.

Her stay as a writer-in-residence at Passa Porta was made possible with the support of Flanders Literature.