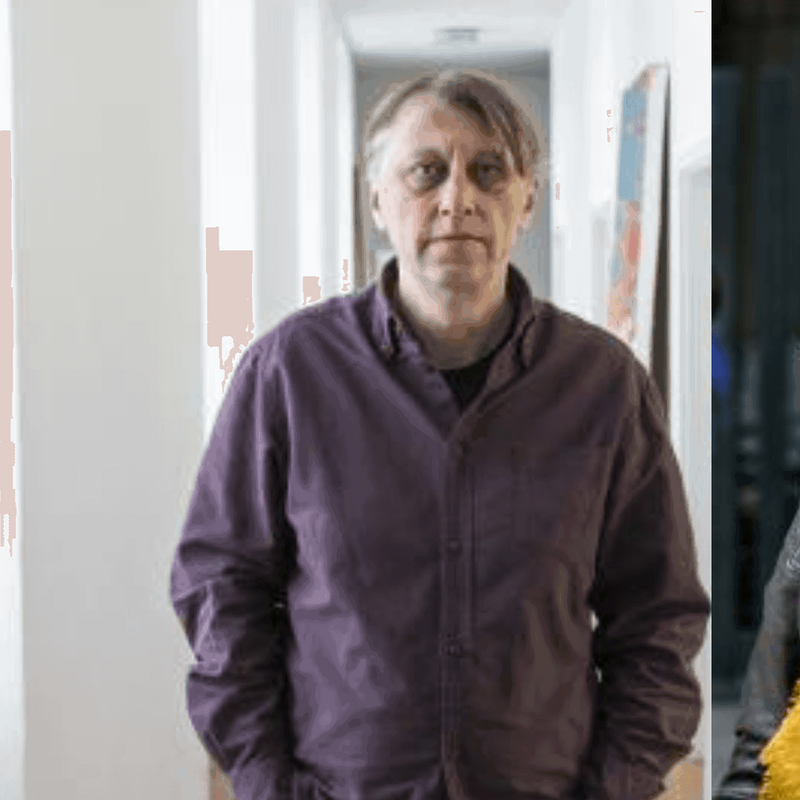 Jáchym Topol and Markéta Pilátová, two of the Czech Republic’s most prominent authors, will present their recent work to you and engage in conversation with writer, Slavist and political scientist Peter Vermeersch. An evening like a balancing act, perhaps not that much of a coincidence if you know that one of the guests just wrote the definitive circus novel, somewhere between the absurdity of modernity and the horror of recent history.

A Czech circus family, chased out of the UK by Brexit supporters, travels east across Europe and ends up in the Russian-Ukrainian war zone. Aboard the car of Gérard Depardieu – who is tied up in the boot – they flee to their home in Czechia. The poet is a seer, as Hugo Claus wrote, but few writers have such an awesomely accurate eye as Jáchym Topol.

In his magnum opus ‘A Sensitive Person’, Topol leaves no essential theme untouched: love, death, religion, family, friendship, survival, the political climate, the Russian threat, Europe, populism. The book is a circus attraction disguised as a novel, with its very own dynamics, style and rhythm. Grotesque episodes alternate with funny, colourful dialogue and poetic descriptions contrast with the vulgar, explicit language of the protagonists.

Markéta Pilátová’s work straddles two continents. Since her studies, she has been as much at home in South America as in Europe. In her documentary novel With Bata in the Jungle, she followed the traces of the illustrious Czech shoe manufacturer Jan Antonín Baťa deep into Brazil’s Amazon rainforest. In her recent novel ‘Tsunami Blues’, Pilátová’ goes in search of Czech traces in Cuba. Pilátová’s work is characterized by extensive research and her desire to present as many perspectives as possible. This makes With Bata in the Jungle, for example, a polyphonic novel in which even a disused and dilapidated shoe factory has its say.

Jáchym Topol (b. 1962) is considered one of Europe’s greatest contemporary writers. In his early novels already, he showed his fondness for people on the fringes of society. His novel ‘Nightwork’ (2001) was his international breakthrough. His recent novel ‘A Sensitive Person’ (2017) was awarded the Czech State Award for Literature. His work has been translated into fifteen languages.

Ivan Klima
‘Topol writes sincerely, passionately, and I love that.’

Markéta Pilátová (b. 1973) is a writer and journalist. She lived for a long time in Argentina and Brazil, where she taught Czech to the descendants of Czech emigrants. It is where she discovered the extraordinary story of the Bata shoe manufacturer. Her debut ‘The Yellow Eyes Will Lead You Home’ (2007) immediately earned her praise and comparisons with Milan Kundera. With five novels to her name, Markéta Pilátová is now one of the most important modern Czech writers. Her work has been translated into ten languages.

‘A rare sense of the unbearable lightness of both language and being.’

Peter Vermeersch (b. 1972) is a writer, Slavist and professor of political science. He has published essays, prose and poetry in, among others, De Correspondent and McSweeney’s. He previously released Ex. Over een land dat zoek is, nominated for the AKO Literatuurprijs, the Bob den Uylprijs, de Gouden Uil and the E. du Perronprijs. In 2016 he received the Literature Prize of the Province of West Flanders. His latest book is Aantekeningen bij een moord (De Bezige Bij, 2019).