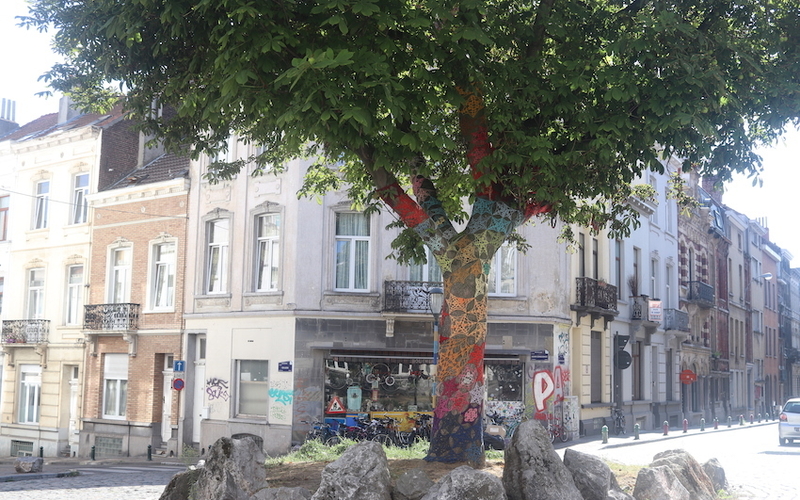 Starting this year, under the heading "Brussels International", Passa Porta presents you with a number of interesting foreign authors living and working in Belgium. These "literary expats" certainly deserve more attention and are just waiting to be discovered and read by you too. At the Passa Porta Festival 2021 we devoted two 'New Voices' reading programmes to them.

One of those literary neighbours is the Polish novelist, screenwriter and journalist Grażyna Plebanek. This year in Poland she is publishing a new book with literary essays on 'animalism' in Brussels and photographs by her youngest son. As an avant-première, she already read one beautiful excerpt from it at our festival, which you can read here in a translation by Sean Gasper Bye.

The Cockerel awakes me

Through the arteries of the city, the side streets filled with the murk of silence, pushed underground out of shame – Brussels took me on a journey around its subconscious. I saw the nation’s repressions, the kidnappings and rapes. The cruelty of the King and the power of Femininity understood as a creative energy, bored with the blind drive for power, with hierarchy, with plans and routines.

My city is animalistic, pagan, divine. Human, unroyal. With roots and crowns, pox and luminosity.

I repeat the words of Erasmus of Rotterdam, who lived in Brussels in the district of Anderlecht, who said “…the homeland is where you feel at home.” That might be a country, or a language, as the Portuguese poet Pessoa saw. It might be a city.

The process of adopting and being adopted, maturing into something, is like a tree growing. Years of sun and the pain of notches add tree-rings of experience. It is a slow and self-contained process that can’t be sped up. You can’t swallow a “Bru” pill and know the city right away, be an expert in it and keep spitting out knowledge and facts, since those are apparently objective. Nothing is objective, definitely not a city or your relationship with it, even if it was a one-night stand.

A relationship with a city is in constant motion: repeated touching, stroking the same balustrade, rubbing yourself against a familiar wall at different times of day and night. If I’d written this book ten years ago, maybe I’d have made a Byzantine list of “must-see” addresses, “have-to-be-there” clubs, impressions from concerts, galleries, theaters. If I’d written it five years ago, maybe it would be a journey around the discussions and activities of activists, conversations about the “Other”, about why “white” is still universal and the norm remains “masculine”.

Now, in the strange and unusual year of 2020, I’ve written an animalistic guide to the city’s subconscious. This is a time that tells us to verify every “must-see”, “must-have” and “have-to-be”. It tells us to look deeper. Buying one thing after another becomes grotesque and dangerous, because fashion is a powerful polluter of the environment. Pressure to constantly meet new people sounds like the hedonist-capitalist style of New York in Sex and the City, a show that’s become such trash that nowadays it’s unwatchable. Besides, dazzling conversation is hard in pandemic masks.

By 2020 we know the planet is struggling, species are going extinct, and we, the most aggressive of them, the ones who caused all this, dream of a “return to normalcy”. Things have never been normal, the history of the city – of this city and every other city – emphatically bears witness to that. To anyone who can’t accept this, I dedicate the shout with which one gentleman bid farewell to another (both in masks), on a Brussels street dripping with irony: "Good luck, have a good depression!"

I stand beneath a tree in the Bois de la Cambre, I can feel the lumps of its bark on my skin. I write down the sentences that are born in my head, in my belly, when I am in this place, in this city, with its story that I have learned fragmentarily, have half-sensed along with my own tiny interwoven thread of events, impressions, emotions.

…When the city adopts you…

…The King who was afraid of women…

…A city that is sliding towards nature; gardens are built on roofs, boxes of compost propping up the walls of churches…

…A Bru sense of humor…

…A city that supports, cheers up, rocks, plays, inspires…

…Whose story is this? Mine.

And yours. Maybe you’ll manage to find your own Brussels, yours alone, discover your own paths like Zinneke. Because it’s not possible to objectively grasp this city. You can head for a touristy circus or an industrial boondock, or brush up against pretentious little blocks of flats, aborted skyscrapers, idiotic neon signs.

Monstrosities are beautiful too, as long as they’re their own. Well-trod, carefully inspected from different angles, felt, sensed, in the body, in the hips, in steps over cobblestones polished for many hours, the talents of a flâneur, an urban vagabond.

Translated from the Polish by Sean Gasper Bye 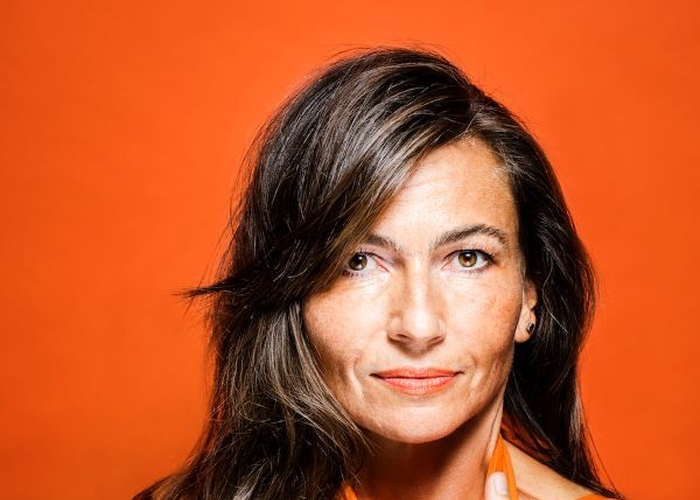 Grażyna Plebanek (1967) (1967) is a Polish writer and journalist who moved to Brussels in 2005. Besides columns for Polityka, Wysokie Obcasy Extra and Trendy, she writes prose and (theatre) scripts. In 2012, Storkpress published the English translation of her book Illegal Liaisons and in 2019 Furie appeared in a French translation at Le Livre de Poche. Central themes in Plebanek's work are boxing, gender, morality, desire, eroticism, multiculturalism, and violence against women. She is currently working on a prose book about Brussels, which will be published in Poland in 2021. (Author's photo: Robert Maslow)