Home Extra The road to hell. Aslı Erdoğan and Ece Temelkuran on the country that they no longer recognize

The road to hell. Aslı Erdoğan and Ece Temelkuran on the country that they no longer recognize 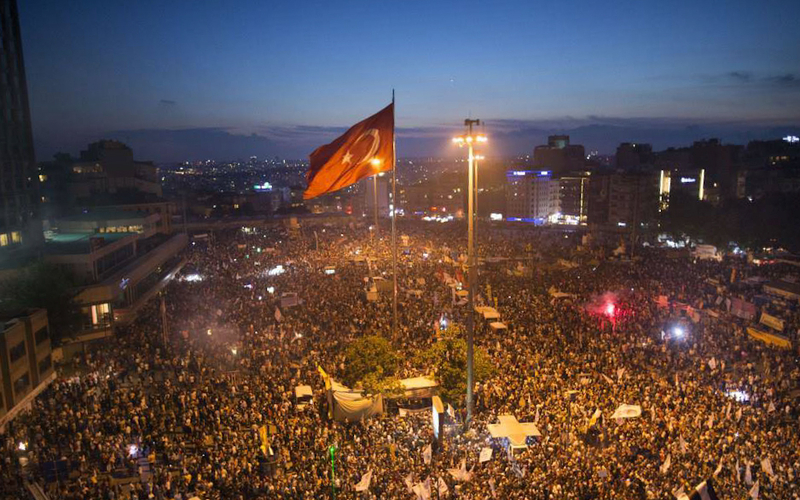 At the Passa Porta Festival, Aslı Erdoğan will be in conversation with Russell Banks and Antonythasan Jesuthasan about writing in exile, and Ece Temelkuran will compare her world view with that of Annelies Beck. Belgian writer Isabelle Rossaert, who for years already has been defending threatened Turkish writers and journalists, drew an interesting portrait of both Turkish guests for Passa Porta.

Aslı Erdoğan and Ece Temelkuran are two grandes dames from Turkey. Two writers who do not mince words. And that costs them dearly. Neither Aslı Erdoğan nor Ece Temelkuran can at present return to their country, for if they did, they would certainly be arrested and imprisoned.

Aslı Erdoğan was arrested and imprisoned in August 2016, a month after the failed coup in Turkey. She reluctantly came to epitomize the persecuted writers and intellectuals in her country. In part under pressure from the international community, she was provisionally released, pending the decision of the judge in her trial. That trial is still ongoing and new ones are approaching.

‘Why I ended up in prison is a question that has puzzled not only me, but everyone. I must have destroyed something in the apparatus of the system’, she stated in a recent interview in MO* Magazine.

Le silence même n’est plus à toi (Actes Sud, 2016, Dutch translation Zelfs de stilte is niet meer van mij, De Geus, 2016) is a collection of columns about her relation to the atrocities committed in her country. Those columns most likely form a snag in the apparatus of the system.

Erdoğan is a writer of the night. Literally. Many of her columns are set at night. But also figuratively. She writes about the deep night in which her country finds itself, the darkest, more atrocious reality. A reality which you would prefer to look away from, which most of her compatriots do not wish to see.

‘Was he really a dustman or, as one might suspect from his appearance, a plain-clothes agent, I don’t know.’

That is how her first story opens. It immediately sets the tone. In Turkey, you never know who you are dealing with. But the man has good intentions with her. ‘Sister, lie down! Lie down! LIE DOWN!’, he shouts at her. And in doing so he saves her life. It was the evening of 15 July 2016, the night of the failed coup in Turkey. Aslı Erdoğan ventured out into the streets and, without realizing it, ended up in a highly dangerous place. Ordinary people who a minute ago wanted to cross the street had to hide to avoid being mowed down by sharpshooters. Erdoğan describes the events from the inside out, from within her sheltering body. She describes the utter despair of someone who suddenly finds themselves in a terrifying nightmare.

You could also call Aslı Erdoğan a writer of the body. An afflicted body, tormented by asthma, sleeplessness and diseases that render her fragile. This does not prevent her from entering the danger zone: in the streets on the night of the attempted coup, or in a human chain across the border to the Syrian-Kurdish city of Kobani.

The body also occupies a central position in her stories. The body as a witness of our humanity. The body of the old man in Silvan, for instance, who, still holding his shopping bags, starts shouting, ‘Enough, enough of these horrors’, in front of his house in ruins. And at times there are only body parts. The cut-off ear of a boy of 14 who had been picked up, an ear that was found in a bin – or the charred jawbone that is all that remains of a boy of 12, found in a basement.

Aslı Erdoğan writes in fits and starts. She interrupts her words, at times repeats entire sentences, like a mantra. It is a style that conveys the pain very directly. Mercilessly. As a reader you really feel that pain, for instance when she explains how it is to live with a loved one who is missing. A loved one whom you say goodbye to in the morning, still waking up, and about whom you never hear anything else. Reading Erdoğan’s book is like living through that hell. That she makes you a part of it, that she has the tremendous courage to do so is her form of resistance.

Ece Temelkuran was about to return to Turkey after a trip abroad when she was informed by friends that she had better go ‘somewhere else’. That ‘somewhere else’ became an apartment in Zagreb. When Temelkuran was a guest of the Passa Porta Festival two years ago, she said that she did not want to call her stay there an ‘exile’. In her latest book, How to Lose a Country: The Seven Steps from Democracy to Dictatorship, she no longer makes the effort to deny to herself or the rest of the world that she too has become an exile.

The book is a brilliant analysis of how it came to this. It is also a warning for people around the world who believe that ‘this could never happen here’.

Ece Temelkuran too begins her narrative essay with the failed coup. She recounts how the fighter jets made her windows shake. ‘Is this it, then?, I ask myself. Is this the Reichstag fire for what remains of Turkish democracy and my country?’

As a leftist intellectual who had to watch in a daze as her country slid towards dictatorship, with her new book she wants to hold up a mirror to people in other countries. She wants to point out the first signs, so that we can recognize them in time and react to them adequately. 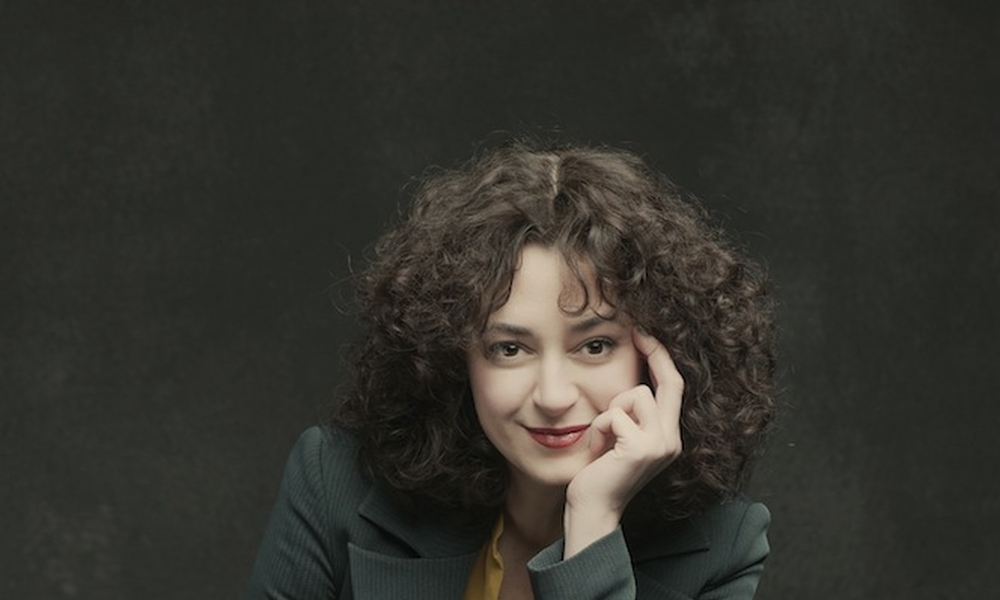 Temelkuran is a true cosmopolitan and that makes her book very pleasant to read. We meet her at different places in the world, mostly in exquisite company. But she is not too lazy to admit that the leftist elite she is a part of made a mistake by losing sight of the needs of the working class and becoming ‘champagne socialists’.

Today, around the world, discontented citizens are revolting, people who have long felt overlooked. They are uniting to form a ‘we’ that calls itself the ‘real people’, people who are turning against both the political and intellectual establishment, and follow all too gladly a leader who claims to be ‘one of them’, or at least to understand them. A leader who promises them ‘respect’. Tayyip Erdogan is such a leader, but it could also be Donald Trump or a Brexit leader.

The ‘real people’ want respect, but only as regards their own values. They take pride in their own ignorance – the intelligentsia is also an enemy – and it loves ‘alternative facts’.

Temelkuran shows how at first language is undermined and stripped of its normal meanings. How it suddenly becomes hip to be immoral and to mock suffering people, instead of showing compassion with them. How the judicial and political systems are then dismantled.

Sharply and painfully she describes how dazed leftist intellectuals do not know how to react. They are losing precious time by trying to understand instead of acting. They notice that reason and logic have no hold over the ‘real people’. They try to use humour, to make the new leaders look ridiculous. But ultimately they realize that their own smile has become a contorted grimace.

‘Follow the young women’, Temelkuran writes somewhere in response to the question, what can we do? Because they are the ones who get the worst of it when ‘the real people’ take power. In Turkey they are urged to wear the veil and to stay at home. A minister even suggested that women should not be allowed to laugh in public. In the US, women have to deal with a president who rates them on their appearance. Women who do not stay in line are sneered at and threatened on social media. And that is precisely why it is the women who are first to join the resistance and look for ways to oppose the new rulers.

Ece Temelkuran and Aslı Erdoğan are such women. They have always fought back, as writers and as activists. Read their books. Engage in conversation with them at the Passa Porta Festival. You will learn a lot from them.

Translated from Dutch by Patrick Lennon 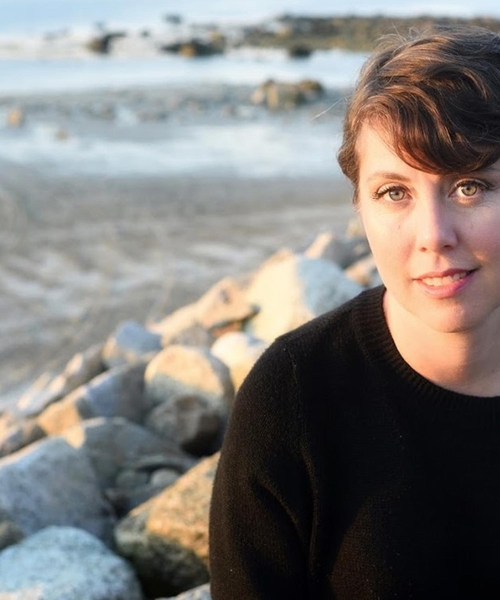 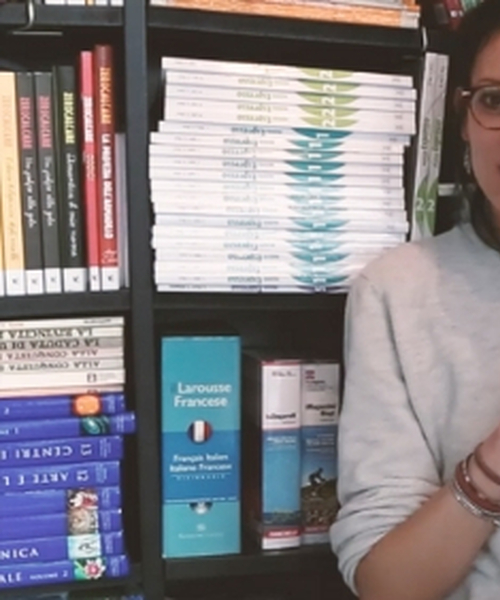