A laureate for the Jacques De Decker Grant – Ode to curiosity 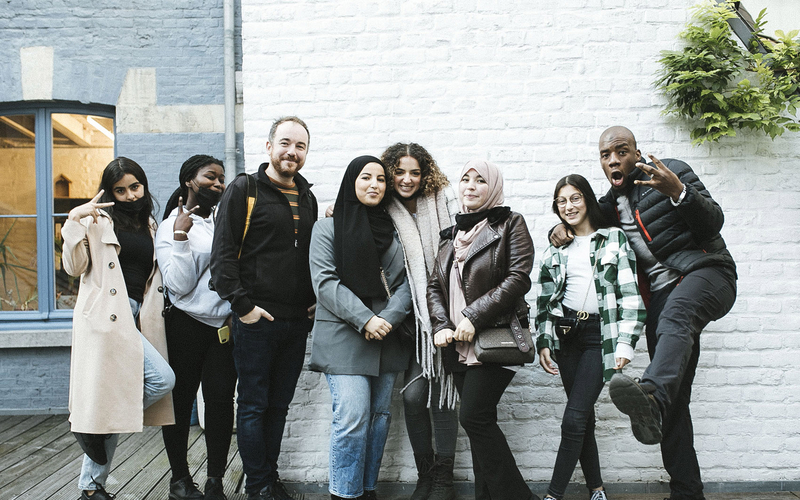 It all started in 2018 at the foot of the two social housing towers that blacken the horizon of Beekkant, in the west of Brussels, when a few young people from the community centre, or PCS (for ‘Projets de Cohésion Sociale’ or ‘Social Cohesion Projects’), told their social worker that they wanted to try their hand at sound(s). So they contacted Thibault Coeckelberghs, who runs radio workshops. During these workshops, the young quickly decided to work on a podcast by and for the inhabitants of the neighbourhood. Voice-over recordings and sound recordings in the homes of neighbours, in the lift (which regularly breaks down), at the caretaker’s or during debates among the young themselves: ‘À l’Ouest’ , the aptly named podcast, was born, immersing us in the reality of what it means to live in the West of Brussels.

‘A podcast requires a variety of materials: texts you write, people you meet, personal accounts. I also brought books that echoed what the young people were experiencing: texts by Prévert, Anne Dufourmantelle. The idea was to open up the field.’﻿

The result of this first season was entitled ‘Living in Beekkant’, eight highly vivid nine-minute episodes that explore daily life in these cramped and often decrepit dwellings through the themes of love, solitude and death. ‘It’s the episode about death that I preferred: it’s the episode I’m most proud of. It’s a sensitive subject, and even though you can hear that we don’t agree, you can also hear that we have learned to listen to one another at last’, explains Ibtissam, 17. In the first episode, the talented Udeyfa can be heard offering a melancholy slam to his neighbourhood: ‘We who live in your ruins, we are invisible.’

Udeyfa didn’t know how right he was. A few months after the first season of ‘À l’Ouest’ was completed, the Brussels Region decided to shut down the PCS. Unilaterally. The young were thrown out. This was the start of a struggle that would form the core of the second season. ‘It soon became clear that it was on the radio that our anger would be expressed. We picked up the recorders in order to enter a struggle and try to save what there was to save.’ The young people knocked on many doors, expressed their incomprehension and their rage, but the PCS didn’t reopen. A sad conclusion to an angry second season. And perhaps to the project itself? No more home base, no more shared Wednesdays: the group gradually disintegrated. This was when Thibault Coeckelberghs chose to apply to Passa Porta for the first ‘Jacques De Decker Grant - Ode to Curiosity’. The grant was created in honour of the critic and former president of the Maison des Littératures. It is intended to support an emerging project that builds bridges between cultures and literature in the broadest sense. Thibault’s avowed aim in applying for it? To prolong the experience.

‘We like being together. Showing respect for each other’s words. Giving a positive image of what we can do in these buildings if we want to.’

The jury of the grant, composed of the writers Aliénor Debrocq, Grazyna Plebanek and Koen Peeters as well as two representatives of Passa Porta, voted overwhelmingly in favour of the project. The linguistic exchanges it provided, the presence of new voices that not heard often enough in the cultural field, the variety of media (reports, intimate accounts, readings and slam) and the participatory aspect of the project won the day. Koen Peeters, juror:

‘Literature is not just words on paper: it is possible to produce oral literature, polyphonic and spontaneous, but without losing its ambitions. In this sense, the podcast “À l’Ouest” seemed to us to be overflowing with authenticity and warmth. You can sense the spirit of the local inhabitants and perhaps even the spirit of Jacques De Decker, because it is a project that pursues the deep belief he had: literature can build bridges between people and languages.’

‘The grant has given us back some energy’, smiles Thibault. What will they use the 5,000 euros in prize money for? On the Wednesday when they officially received the prize, the young people visited Passa Porta in Rue Dansaert. ‘It’s damn beautiful here!’ Between two photo sessions on the terrace of the Passa Porta office, they said that they wanted to ‘learn new things’. This is where Passa Porta comes in as a house of literature. Adrienne Nizet is the co-director of the association:

‘Passa Porta is constantly looking for new ways to present and introduce literature to as wide an audience as possible and the “À l’Ouest” project contributes to this in several ways. Beyond the result (the podcast), the process is very instructive. By leaving the beaten track, we are perpetuating Jacques’s boundless curiosity.

Newly discovered texts and authors, writing and slam workshops could be part of the framework for the anticipated third season – whether it takes root in Beekkant or elsewhere. ‘Frankly, we’re a bit tired of talking about the neighbourhood. So we said to ourselves: “Let’s go! Not to heaven, but to a similar hell.” The young can see themselves setting sail, in this case, for Perpignan, in the Saint-Jacques district, the cradle of YouTubers and slammers that they follow and listen to. Thibault Coeckelberghs: ‘They have this intuition that it’s a neighbourhood that mirrors their own.’ Brussels or Perpignan, the same struggle for words to get out of the towers? ‘In “À l’Ouest”, the space for language that we manage to create sometimes counts more than the result’, concludes Coeckelberghs. ‘The fact remains that we will have really done something when we have contributed to a more accurate vision of what is happening in those neighbourhoods.’ 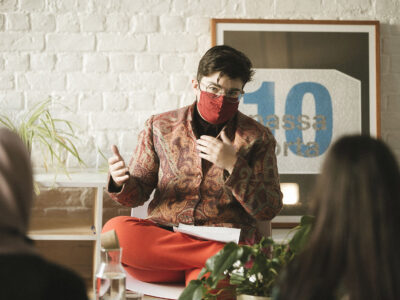 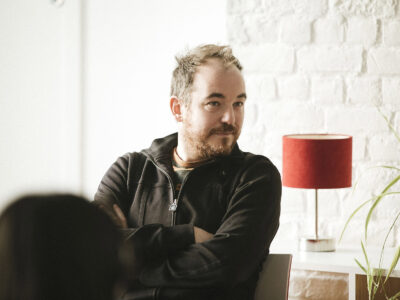 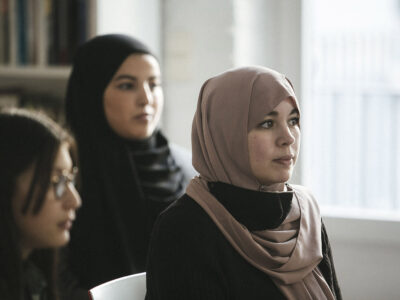 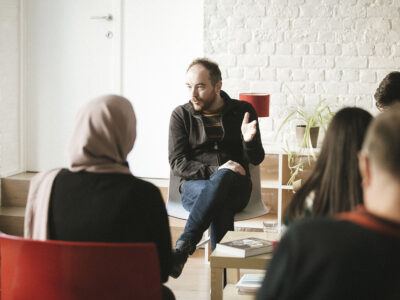 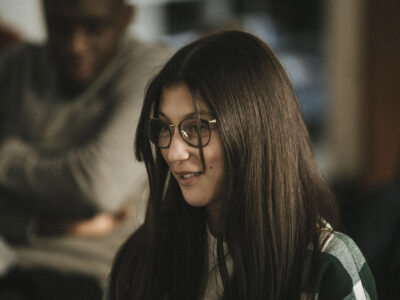 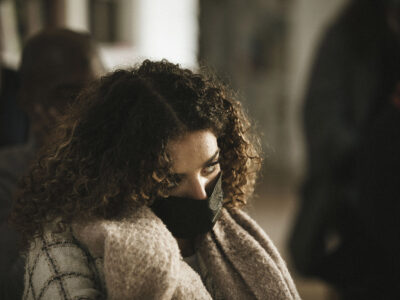 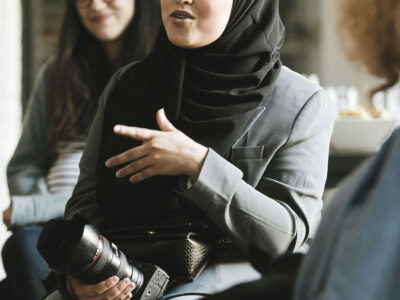 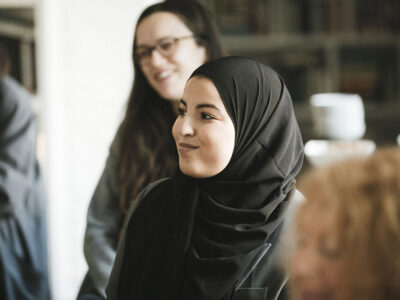 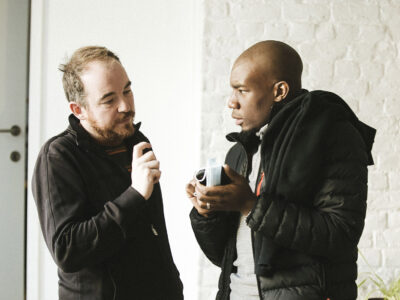 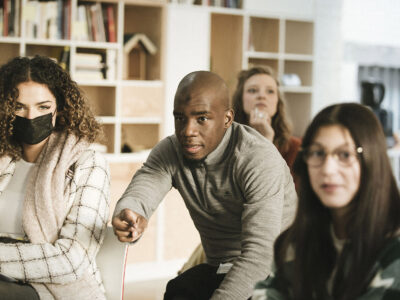 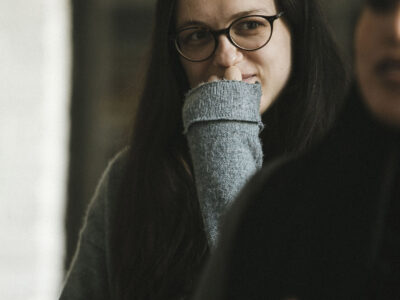 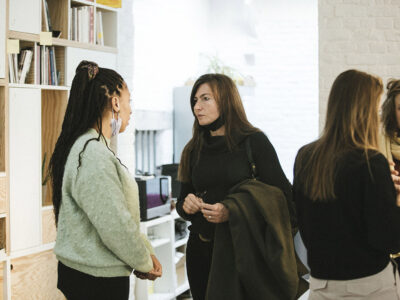 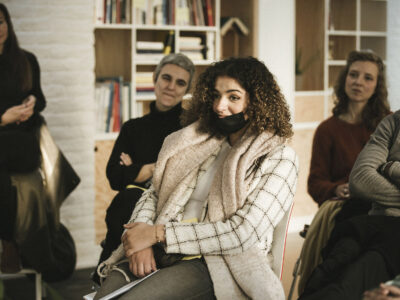 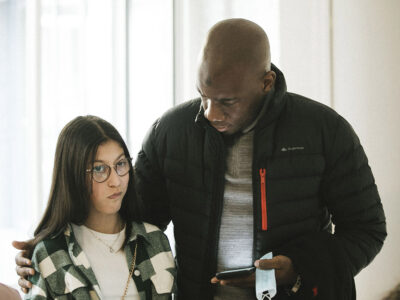 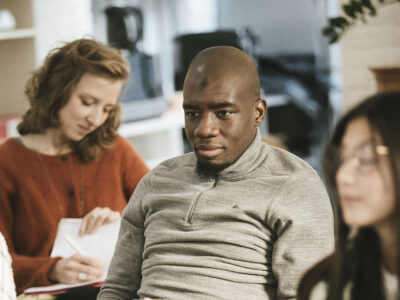 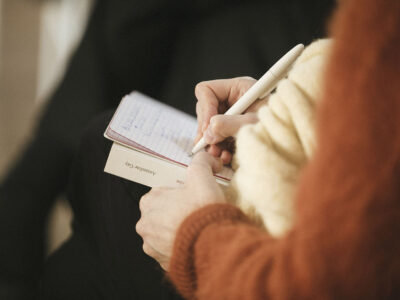