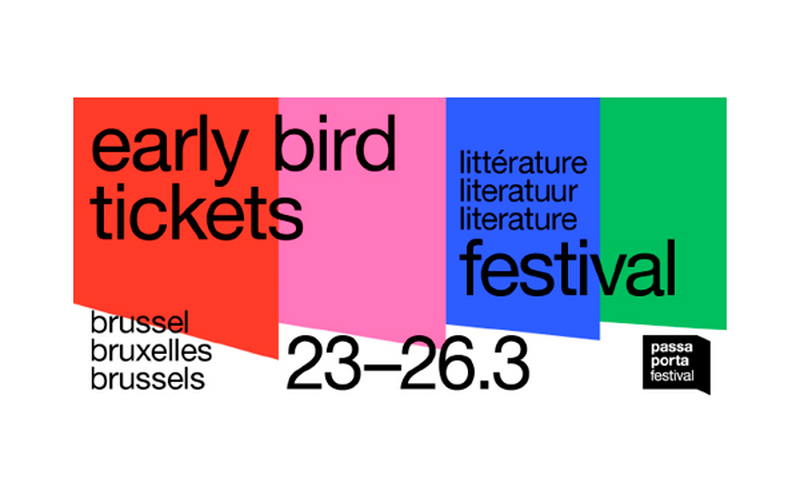 A hundred writers, thinkers and artists taking over the centre of Brussels to bring literature in all its forms to life: welcome to the Passa Porta Festival! The theme of the ninth edition is REFUGE.

As it does every two years, the International House of Literature Passa Porta is pleased to announce a new edition of its festival in Brussels, an eagerly awaited event in the literary world and the most important multilingual literary gathering in Europe.

2023 will mark a special edition for this biennial event: this year, the Passa Porta Festival will include the hosting, from 22 to 24 March, by Passa Porta and the City of Brussels, of the ICORN Network Meeting, a major annual gathering of the International Cities of Refuge Network for writers, artists and journalists in exile. The two events were therefore conceived in line with each other and around a shared theme: that of REFUGE.

A particularly inspiring theme that the festival will develop through some sixty programmes building bridges between novels and society, between literature and other artistic disciplines, between Belgian and international authors. Discussions, debates, readings and performances: writers will share the stage with essayists, musicians, actors and other artists with a single objective: to offer our imaginations and our thoughts new refuges.

The announcement of the festival by Passa Porta coincides with the launch of the sale of ‘early bird’ tickets. These tickets at a preferential rate will be on sale from 8 December to 31 January. A festive perspective to start 2023.