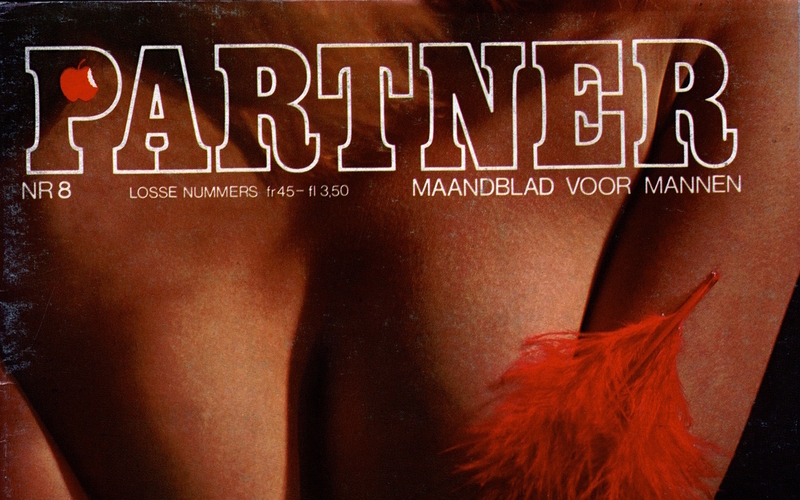 Visual artist, video maker and writer Saddie Choua is organising the first 'open editorial meeting' of 'Partner, monthly magazine for immigrant women' (working title) in Passa Porta. Her research project is an artistic parody of Louis Paul Boon's notorious Fenomenale Feminateek (‘Phenomenal Library of Women’), but also of his playful men's magazine Partner, in which the Flemish writer published and commented on numerous nude photos of women in the 1960s and 1970s. Saddie Choua is working on a doctorate in the arts at VUB/RITCS under the title 'the Personal is (not) Political'.

The open editorial meeting takes place in the offices of Passa Porta on June 1, between 12:00 and 14:00. A light lunch will be provided. The places are limited, reservations can be made until May 27, on condition of availability, by sending an e-mail to Inge.Pieters@vub.be.

For some time now, Saddie Choua has been collecting nude photos of men, following the example of the Flemish writer Louis Paul Boon, and categorizing them as Boon did ('the typical woman', 'the inviting woman', 'angels' 'on the edge', 'female nudity between the two world wars', etc.). She is now working on a magazine (to be filmed) herself and is preparing it with an open editorial group that will work creatively on content and form.

In the Fenomenale Feminateek, Boon expanded his European collection of female photos with 'the island dweller', 'the gypsy girl', 'the black-skinned woman', 'the color-mixed woman', 'the yellow-skinned woman', etc.  In these descriptions, Boon plays, consciously or unconsciously, with a latent exoticism, or at least the women are stereotyped on the basis of racial elements. Even if there is irony and humor in Louis Paul Boon's literature, he still affirms stereotypical images of women and race. It was precisely this that inspired Saddie Choua to turn the tables. In her project she searches for interesting ways to expose the (white) man with a similar pseudo-anthropological view.

Magazines, such as Boon's Partner, have various sections and formats of articles. Saddie Choua has set herself the challenge of translating this wealth, both in terms of content and form/graphics, into a television format. She is trying to find the right audio-visual translation to collect, disclose and show these different images, in such a way that the viewer goes through the same process of awareness as when watching 'ordinary' TV or film images. Just as in magazines, articles, columns, advertisements, photographs, cartoons etc... will compose a complex whole.